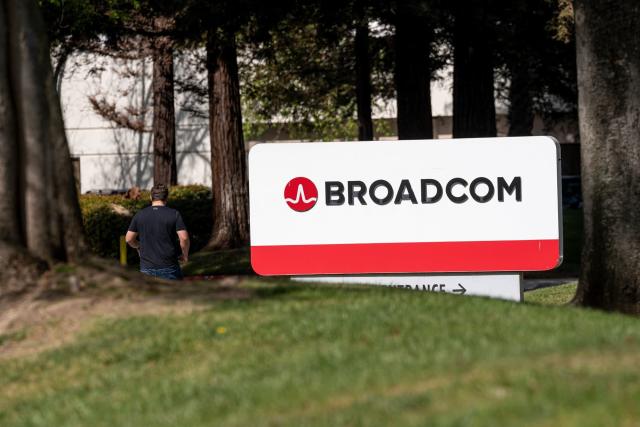 Broadcom is on an M&A spree despite recent regulatory crackdowns

The chipmaker Broadcom is reportedly eyeing one of the biggest tech acquisitions on record. The target is the software firm VMware, which makes tools that help cloud computers run more efficiently. The companies are expected to announce the deal, which could be worth more than $50 billion, by Thursday.

If successful, it will be Broadcom’s third multibillion-dollar tech takeover in four years, after Broadcom bought business software maker CA Technologies for $19 billion in 2018 and the cybersecurity division of software firm Symantec for $10.7 billion in 2019.

Broadcom has raked in record revenues during the pandemic as a global semiconductor shortage has raised the price of its chips. Now, the company is using those profits to fuel its expansion. On a March earnings call, Broadcom CEO Hock Tan told investors the company had the cash for “a good-sized acquisition” as soon as it identified the right takeover target. For Broadcom, that means diversifying beyond its core semiconductor business.

Regulators crack down on Broadcom’s acquisitions and business practices

Broadcom is continuing its company buying spree despite recent scrutiny from regulators who have blocked previous acquisition attempts and accused the company of acting like a monopoly.

In 2018, the Trump administration blocked Broadcom’s attempt to buy rival chipmaker Qualcomm, based in California, citing national security concerns. The Committee on Foreign Investment in the United States argued Broadcom, which had recently relocated to San Jose from Singapore, should not be allowed to control a key American semiconductor supplier, citing fears that Broadcom would cut funding for Qualcomm’s research into 5G chips, handing China’s Huawei an advantage in the development of high-speed communications technology.

Last year, US antitrust regulators settled a lawsuit against Broadcom which accused the company of monopolizing the market for a certain set of chips used in TV broadcast sets and fiber optic internet. Investigators said Broadcom forced its customers into “loyalty agreements” that prohibited them from buying chips from other suppliers and withheld chips from customers that didn’t comply. The settlement prohibits Broadcom from extracting similar loyalty agreements from its clients in the future. Broadcom settled a similar lawsuit from EU regulators in 2020.

Broadcom diversifies away from chips and into software

After Broadcom’s recent run-ins with regulators, the company seems to have settled on a new M&A strategy. Rather than trying to buy rival chipmakers—which would risk setting off both monopoly and national security alarms in the US—Broadcom is focusing on buying software companies in growth areas like cloud computing and cybersecurity.

In addition to deflecting scrutiny from regulators, this strategy also helps Broadcom diversify its business away from semiconductor manufacturing, which has grown quickly during the pandemic but will likely cool off soon. “High growth in semiconductors comes in spurts and does not last,” Tan told investors on the March earnings call. “If anybody tells you otherwise, please don’t believe it because it has never happened.”

5 Routes for Going from Zero to Viz in Data Science