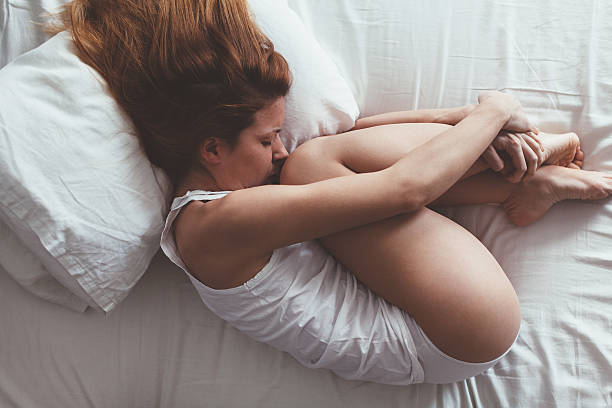 4 Alternative Remedies For Menstrual Pain: Dysmenorrhoea, also recognized as menstrual pain, is among the most common gynecological dysfunction in women of reproductive age (average incidence typically range from 16% to 91%, with intense pain varying from 2% to 29%). It interferes with life, work, and study and is a major health burden.

Menstrual cramps are defined by lower abdomen or pelvic discomfort that lasts 1 to 3 days before or during menstruation and may be associated by symptoms such as nausea, diarrhea, vomiting, dizziness, headache, exhaustion, low back pain, and bowel disturbances.

How is menstrual pain treated in evidence-based medicine? What natural therapies or foods can assist with menstruation pain? Please see the in-text analysis for further information.

Conclusion: For primary menstrual pain, the use of Siwu Decoction (including its derived formula) may bring positive help, but limited by the high risk of bias of the included trials, more well-designed large-sample clinical trials are still needed.

2. Ginger
Ginger is often used as a flavor and medicinal for over 2,500 years in locations such as India, Asia, and Arabia.

It is high in non-volatile psychoactive compounds like gingerols, gingerdiones, carotenoids, caffeine, capsaicin, and curcumin, that have a variety of pharmacological characteristics such as suficiente, anti – emetic, and anti-inflammatory qualities.

A review of literature and meta-analysis (Meta-Analysis, encompassing 6 randomised control studies linked to menstruation pain) discovered that ginger was more beneficial than placebo in lowering pain, and ginger plus nonsteroidal anti-inflammatory medications (NSAIDs) for pain. There was no discernible variation in the extent of improvement.

Conclusion: Oral ginger powder may very well be beneficial for menstruation pain relief, but due to a lack of research, poor assess the correlation, and ethnic diversity, more large studies are required to assert it.

3. Aromatherapy – Inhalation
Aromatherapy, a word developed by French scientist and perfumer Rene Maurice Gattefosse in the 1920s, has become a useful approach used in complementary and alternative treatment.

The main concept is to inhale the volatile components of essential oils into the respiratory system, or to inhale the monomer components into the skin, and then to play a function in certain organs. It has been extensively used to relax the body and mind, enhance mood, ease pain, resist stress, and improve cognitive efficiency, as well as to improve mental health and many other mental and physical disorders.

4. Vitamin D
Vitamin D is a steroid hormone that was originally described as a substance capable of treating rickets and was called “D” because it was the fourth in the sequence of vitamins found

According to rough estimates, vitamin D is mainly (about 80% to 90%) synthesized in the skin by sunlight exposure, and the rest is obtained from diet and supplements

Conclusion: For women with primary menstrual cramps and vitamin D deficiency, oral high-dose vitamin D may reduce the pain intensity, but limited by the small sample size, more research is needed to prove it

What are the ways to reduce menstrual pain?

Here are a some things that can help ease cramps:
What helps menstrual cramps naturally? 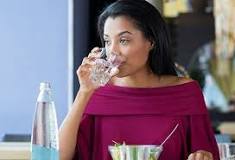 Research has shown that the feel good chemicals known as endorphins which are released when you orgasm may help relieve stress, menstrual pain, and cramps

How do you get rid of a period?

If you want to cut down on the number of periods you have per year, then experts suggest standard birth control pills, patches, or the vaginal ring. To stop your period long-term, birth control shots, long-term pills, and the IUD typically work best.

What things we should avoid in periods?

While all foods are OK in moderation, you might want to avoid certain foods that worsen the symptoms of your period.

Can we remove pubic hair during periods?

If you are on your periods
If you are one of them who wears a pad during periods, you would not want to shave down there. Newly shaved skin is prone to irritation, and constantly using the pad causes friction of the skin. So, there will be rashes, bumps and even one will feel pain down there.

Banana: With a high content of vitamin B6, banana is a great food for boosting your mood and keeping you happy! It is also rich in potassium and magnesium, which reduces bloating. Along with that, it also helps in digestion. So, enjoy bananas during your periods and keep those period problems at bay!

Can we cut hair in periods?

When you’re on your period, avoid hair removal. The area is sensitive and the pull of the wax strips can hurt, adding to your discomfort. Shaving can prove to be an extremely messy affair due to the period flow. In case you end up with a cut due to the shaving, it might lead to infection.

Can we drink milk in periods?

Dairy is a major part of a well-balanced diet, but eating too much cheese or consuming too many milk-based products on your period can cause your period cramps to worsen. In fact, dairy can lead to bloating, gas, and diarrhea, according to Healthline.