3 major effects and side effects of nettle: Nettle is a plant that grows either as an annual or as a perennial. For ages, it has been used as medicine (containing nettle leaf and nettle root), foodstuff, fibre, pigment, and aesthetics.

Does nettle truly aid in evidence-based medicine? Is there any risk of adverse effects or contraindications? See the text for the most recent analysis.

What is nettle?
Nettle (Nettle) is an herb of the genus Urtica, of which there are about 46 different species, and the stems and leaves covered with thorny trichomes are a recognized characteristic of this plant.

Nettle, the word nettle comes from the Anglo-Saxon word “noedl”, meaning “needle”, and its Latin name “urtica” means “burning”. This refers to the tingling sensation of the fine hairs on the stems and leaves rubbing against the skin, resulting in a burning sensation and a temporary rash. These fine hairs are used to protect the plant from insects.

1. It is beneficial to blood sugar regulation.
Diabetes mellitus is a metabolic and multifactorial illness characterized by chronically increased blood glucose levels caused by abnormalities in insulin secretion or action.

Diabetes is regarded as one of the most major risk factors for a variety of illnesses, including renal disease, retinopathy, neuropathy, and cardiovascular disease.

Although the use of insulin and hypoglycemic medicines is the most common and successful means of treating diabetes, it can result in a variety of consequences such as increased lipid reserves, lipid shrinkage at the injection site, hypoglycemia shock, and so on. As a result, alternative or complementary therapy is frequently explored.

However, there were no significant effects on insulin levels, HOMAIR index, or glycosylated hemoglobin percentage.

Conclusion: For type 2 diabetes, the use of nettle preparations may have positive effects on blood sugar control, but limited by the small number of samples, it still needs to be further verified by larger and longer trials.

Benign prostatic hyperplasia affects around 50% of guys over the age of 50, rising to 80% as men reach the age of 80 or older. Symptoms can be obstructive (causing delayed, weak, strained, or prolonged urination) or unpleasant (causing an unusually high number and urgency, nocturia, urge incontinence, and decreased pee), or they can affect individuals after they have urinated.

Conclusion: Nettle may have a good influence on the improvement of benign prostatic hyperplasia, however due to the small sample size, additional study is needed to confirm.

A 1-week randomized controlled pilot study of 42 patients with knee osteoarthritis indicated that topical nettle sting therapy was associated with a reduction in the Osteoarthritis Pain Subscale Score (WOMAC).

Conclusion: Limited by the small number of samples, there is no clear evidence to prove the efficacy and safety of topical nettle sting therapy for knee osteoarthritis. More research is needed to further verify.

What are the side effects of nettle?

Stinging nettle is generally considered safe when used as directed. Occasional side effects include mild stomach upset, fluid retention, sweating, diarrhea, and hives or rash (mainly from topical use). It is important to be careful when handling the nettle plant because touching it can cause an allergic rash.

What are the effects of nettle tea? 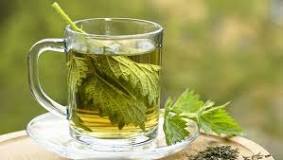 Can you overdose on nettle?

Using different formulations together increases the risk of an overdose. Call your doctor if the condition you are treating with nettle does not improve, or if it gets worse while using this product.29 Sept 2021

What are the symptoms of stinging nettle? 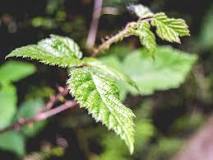 The symptoms of a severe allergic reaction to stinging nettles are: